Below you will find a selection of specialist discos that we offer or which we have previously supplied.
We have always tried to give our clients plenty of choice with what we offer and we know sometimes people seek that something different.
First Impressions Specialist Discos cover Oxford, Oxfordshire (Oxon), Berkshire (Berks), Buckinghamshire (Bucks) and London. Other areas by agreement. 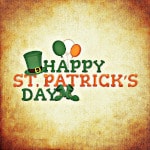 Irish Discos are very popular especially around St Patrick's Day. The mix of Irish folk music, country and rock n roll makes for a lot of fun. Many people assume an Irish Disco is playing Feargal Sharkey or U2, but that is far from the case.
Those who understand Irish music will remember the folk festival which used to take place each year at Lisdoonvarna in Co Clare from 1978 to 1983. Irish balladeer Christy Moore even wrote a song about it.
Irish pubs and clubs still keep alive the music of Ireland and it is always great to see people really enjoying themselves.
Family is a big thing for the Irish and that is reflected in events like St Patrick's Day which sees whole family's celebrating. In America St Patrick's Day parades are a highlight of the year.
We have a wide range of Irish music, covering such artists as Christy Moore, Moving Hearts, Big Tom, Daniel O'Donnell, Saw Doctors, Dubliners, Paddy Reilly, Wolfe Tones and many more.
We should make clear that some Irish songs may not appeal to everyone as they reflect Irish history but folk music has always done that.

So if you are looking for that perfect Irish Disco for your event please contact us.

Jazz Funk has been about since the early 1970s. It is basically a fusion of Jazz and Funk hence the name and was pioneered in the UK by a DJ called Chris Hill.
Chris was always looking for something new and had a well established reputation for his swing nights at the Goldmine on Canvey Island and the Lacy Lady in Ilford. He was the driving force in the clubs of what was to become Jazz Funk and after he introduced it to those clubs it was soon picked up on by many other DJ's.
Chris was part of the Soul Mafia alongside Robbie Vincent, Tom Holland, Sean French, Chris Brown and Greg Edwards all backed up by the late Froggy and his roadshow, when they all appeared at Caister.
These were the days when a lot of club music was just that, it was played and heard only in the clubs, although a few tracks would break through chart wise.
Dance floors would be packed with people enjoying that mix of styles which had an infectious beat that just made you want to dance.
I am sure people of a certain generation remember the scene and the music in the late 1970s and early 1980s.
We have a wide range of such music inc artists like Ronnie Laws, Willie Bobo, Barrabas, Earl Klugh, Deodato, Fatback Band, George Duke, Brass Construction, Hiroshi Fukamura, Cayenne, Level 42 and Airto Moreira.

So if you are looking to relive those bygone days and want a specialist Jazz Funk Disco that will do that please contact us. 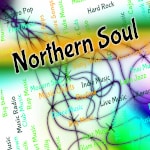 Northern Soul Discos have been around for a long time.
Northern Soul started in the North Midland and North of England back in the late 1960s. It came out of the Mod scene and was based on Black American Soul Music. This included the various labels used by Berry Gordy, Stax, Chess, Brunswick, Atlantic and many others.
For those on the scene it was an amazing time. Things began at The twisted Wheel in Manchester and rapidly spread. One of the most famous venues was Wigan Casino. All over the north the scene flourished with not only the music but also the fashions that went with it.
DJ's would hunt for the rarest tracks to play to excited crowds each trying to outdo each other and play something no one had played before.
In the late 1960's and early 1970's we saw British soul bands and artists making the Northern Soul scene.

Northern Soul is still popular today and we can supply a Northern Soul Disco for your event, feel free contact us to discuss your requirements.

Bhangra Discos are a new addition and concept for First Impressions Discos.
It began by being asked to step in at an event which we did and which was a success.
First Impressions had no experience of Bhangra Music at that time and, we admit we are still learning, so this is a very new offering from us.
We know not everyone wants a traditional disco, it could be for a special event or it could be for a multi cultural one.

We are here to offer our services should you wish us to do so, feel free to contact us to discuss your requirements.

First Impressions Discos offers a money back guarantee. As far as we are aware we are the ONLY disco company to do this. Learn more...

Thank you for your interest in First Impressions Discos.
You can check to see if we are potentially available for your event by clicking the following button.
You can use the calendar to check dates for your event.

People always have questions and many are similar to those of others.
You can find answers to many frequently asked questions (F.A.Q).
If your question is not there then please contact us and we will do our best to answer it properly.

The information contained in this website is provided by us, and while we endeavour to keep the information up to date and correct, we make no representations or warranties of any kind, express or implied, about the completeness, accuracy, reliability, suitability or availability of the information, products, services, or related graphics contained on this website. See Privacy Policy